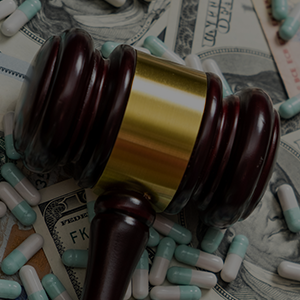 In the summer of 2008, Mr. Goodman won a rare acquittal before a federal jury in this fraud case representing Gary Heesch, the CEO of Wasatch Pharmaceuticals, a public corporation headquartered in Salt Lake City, Utah. Heesch and eleven other individuals were charged with multiple counts of mail fraud and SEC fraud in connection with an alleged scheme to circumvent securities laws by illegally transferring millions of shares of company stock via sham consulting agreements, along with other schemes. Prior to trial all of the defendants in the case, except Heesch, pleaded guilty. Most of the co-defendants agreed to testify against Heesch at trial in exchange for reduced sentences. Heesh was acquitted of all charges.

The case was tried in Chicago before the Honorable Blanche Manning. At the ten day trial, the government called more than a dozen witnesses, including Heesch’s co-defendants, several federal agents and experts in SEC law. Goodman’s cross examination of these witnesses was so effective that the defense rested at the close of the government’s case without calling a single witness for the defense. After deliberating for a day, the jury acquitted Heesch on all counts, 5 wire fraud and one SEC fraud.