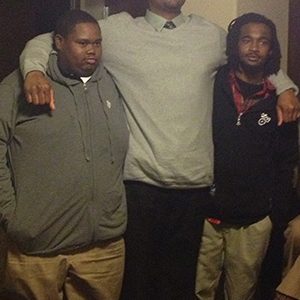 Christopher Oliver was charged with first degree murder in connection with the beating death of a disabled man who resided at a group home at which Oliver worked as a developmental trainer. Oliver hired Goodman’s firm after his previous attorney had attempted to convince Oliver to plead guilty to voluntary manslaughter, telling him that his case could not be won before a Jury in Central Illinois. Oliver stands six foot, five inches tall and he is an African American; the community where he lived was primarily white. Oliver was acquitted of murder at the conclusion of the case. Read the entire case note here. [link to below]

Goodman and Matuzak took the case to trial in January 2012. During a week-long trial, prosecution witnesses contended Oliver had kicked stomped a developmentally disabled man to death. But through vigorous cross-examination and a strong defense case, and aided by the great work of our investigator Kai Joy, we were able to show the jury that two of the prosecution witnesses were severely mentally ill, had given numerous conflicting stories and had been pressured by the police to implicate Oliver, and that the third witness had himself been implicated in the beating, and named Oliver only after cutting a deal with the State. We also introduced time sheets and cell phone records, overlooked by the police, which showed that Oliver was not even present for the attack but was called to the scene after the beating to care for the victim. At the conclusion of the case, an all-white jury in Charleston, Ill., quickly acquitted Oliver of murder.