The Failed War on Drugs 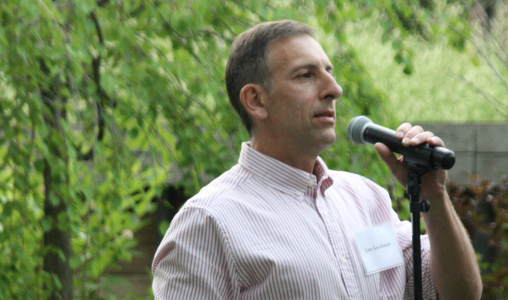 With our government running trillion dollar deficits, people might like to know how their tax dollars are being spent fighting the war on drugs, currently in its twenty-fifth year. I represent indigent defendants in federal drug “conspiracy” cases. In a typical case, federal authorities round up 10-20 young men and women, typically residents of a housing project, always black or Hispanic, and charge them together in a single drug “conspiracy” indictment, a charge which typically carries a mandatory murder-length sentence.

In my current case, I represent a 30-year-old man from Cabrini Green, one of 15 Cabrini residents charged with drug “conspiracy” and related charges. All but one of the fifteen are too poor to hire their own lawyer and thus has court-appointed counsel, whose fees are paid by taxpayers.

Prior to the indictment, a dozen federal ATF agents (supervised by federal prosecutors) spent more than two years investigating these young men, most of whom were selling $5 bags of crack and heroin in the stairwells of one of the remaining Cabrini buildings, located near Halsted and Division. The agents used cooperating informants to make controlled buys. They set up video and audio surveillance in an apartment frequently used by the defendants. They recorded thousands of hours of telephone calls from seven wiretapped phones.

My client, Brian, like many young black men from the projects, has a prior drug felony which doubles his mandatory sentence. The government need only prove to a jury that the conspiracy involved at least 50 grams of crack cocaine (about the weight of a golf ball), and Brian must be sentenced to at least twenty years. There is no parole in the federal system and inmates must serve a minimum of 85% of their sentences. Only the federal prosecutor (not the judge) has discretion to allow a sentence below twenty years. Brian would have pled guilty but the prosecutors refused to withdraw the twenty-year enhancement, thus forcing him to trial. Why did the prosecutors refuse to plea bargain? Because they did not want the judge, who is known to be compassionate, to have any discretion at sentencing.

The trial of Brian and four of his co-defendants lasted five weeks, during which the prosecution called dozens of witnesses – cooperating informants, federal agents, police officers, and chemists – and played hours and hours of video and audio surveillance tapes. Of course, the taxpayers pay for it all: three federal prosecutors, a small army of law enforcement officers, five court-appointed defense lawyers, a federal judge and her staff. We each spent five solid weeks trying this case plus hundreds of hours in trial prep. Now that the trial is over, taxpayers will also pay to incarcerate the defendants – four of five of whom were convicted and face the twenty year minimum sentences. The cost of imprisonment has been put at around $40,000 per year per inmate.

By the way, until his conviction last week, Brain was out on bond, working in a barber shop, taking care of his children and attending his court-ordered drug counseling three days a week. Unless his conviction is overturned, his kids will be in their twenties or thirties by the time their father is released. And it is statistically likely that taxpayers will also pay some day to incarcerate these kids who will grow up poor and fatherless.

There is another way. Many European countries have found that treating their societal drug problems as primarily a criminal matter is not only ineffective but can actually aggravate the problem by increasing the profitability of drug trafficking and the violence associated with black markets. These countries have found that a taxpayer dollar spent on treatment and education is far more effective than a dollar spent on drug cops, drug prosecutors and jail cells.

The United States should have learned its lesson from its failed experiment with alcohol prohibition in the 1920s. We also might have learned from the past twenty-five years of the “war on drugs” during which illegal drugs have become more available, the violence associated with black markets has claimed countless innocent lives (both in the United States and in our neighbors to the south who supply most of heroin and cocaine), and the temptation to grab large amounts of untraceable cash has corrupted countless numbers of drug cops.

Why do we continue to pursue such a costly and ineffective policy? The short answer is that many politicians have found it useful to position themselves as tough on drugs while many law enforcement agencies depend on the “drug war” to justify their bloated budgets.

The end of prohibition was brought about by a government study. In 1931, President Hoover assembled a panel of experts (called the Wickersham Commission) to see how prohibition could be saved. The resultant catalogue of failure set the stage for repeal.

President Obama should commission a panel of experts to study the effectiveness of our current drug law policies and to suggest alternatives. The publication of such a report would pressure politicians to abandon the failed and costly policies of the past.