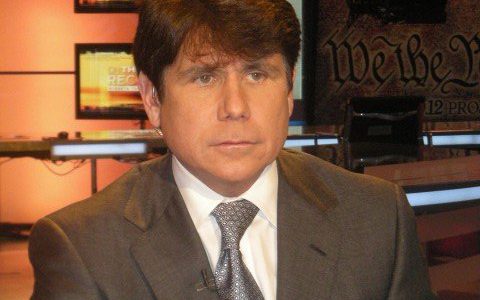 • Governor Rod Blagojevich never took a bribe or a kickback. He never took a penny from his campaign fund. Yet his 14-year sentence is one of the longest ever given to a politician.

• Blagojevich was pursued by overzealous and careerist prosecutors and by the FBI for nearly the entirety of his five years in office in what can only be described as a witch hunt. In 2008, the government used a paid informant to obtain court-ordered wiretaps of 8 separate phone lines, including the governor’s home phone and his campaign office.

• At 6am on December 9, 2008, FBI agents stormed the governor’s house on the north side of Chicago and arrested him in front of his wife Patti and while his two young daughters were getting ready for school. Following the arrest, U.S. Attorney Patrick Fitzgerald gave a grandstanding press conference claiming that the raid on the Blagojevich home was necessary to stop a “crime spree” that would make Abraham Lincoln “roll over in his grave.”

• Robert Mueller, director of the FBI from 2001 and 2013, approved of the extensive wiretaps, and the decision to stage the sensational and pointless arrest at the Blagojevich home.

• The prosecutors manipulated the governor’s case before a prosecution-friendly judge, by joining it with another case that was already before this judge and then severing the cases later.

• At trial, the prosecutors selected excerpts from its wiretap recordings that made Blagojevich appear corrupt. And they convinced the judge to exclude other recordings that supported his defense.

• When the government failed to obtain convictions after the first lengthy trial, the trial judge let the prosecutors rewrite the jury instructions to virtually assure conviction at the retrial. The jury was told to convict if there was any connection between a requested campaign contribution and an official act. No public official who must raise campaign funds could survive a prosecution under this standard. The governor’s jury was also told that any attempt to make a political deal that involves a job that pays a salary is unlawful and corrupt.

• The centerpiece of the case against the governor was his attempt to make a political deal with then President-elect Barack Obama to exchange political appointments. On appeal, the court overturned these charges finding that “a proposal to trade one public act for another” was not a crime. The appellate court ignored other errors at trial, such as the faulty jury instructions, and it invented facts that are not in the record to justify the governor’s 14-year sentence.

• Blagojevich has been incarcerated more than seven years, since March, 2012, causing tremendous stress and pain to his wife Patti and to their two daughters, Annie and Amy.