Quick acquittal for lawyer accused of letting suspect use cellphone 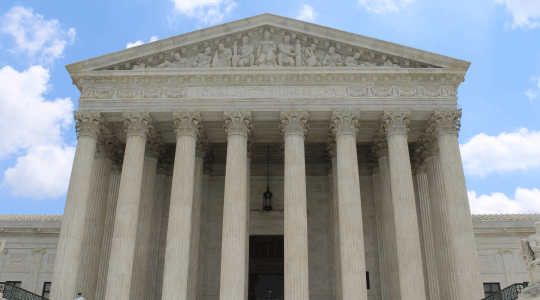 After a controversial trial that sparked interest in the legal community, a Chicago attorney has been  acquitted of charges she improperly let a suspect in the slaying of a Chicago police officer use her cellphone in an interrogation room.

As the verdict was announced at about 7 p.m., Vuckovic, 44, broke into a wide grin, and several of her supporters gave a smattering of applause before being shushed by sheriff’s deputies. Later, as Vuckovic spotted jurors on their way out of the Leighton Criminal Court Building, she yelled, “Thank you,” and ran outside to shake their hands.

One juror, Deirdre Head, 33, said the consensus on the panel was that prosecutors failed to prove Vuckovic knew she was not allowed to bring a cellphone into the police interrogation room with her.

“We were pretty much on the same page” from the beginning of deliberations, Head said.

Family members of slain Officer Michael Flisk got up and left the courtroom as soon as the verdict was read.

Vuckovic, who could have faced up to 15 years in prison and disbarment if convicted, said she could sympathize with what Flisk’s family was going through because her own father was murdered in 1998 in their ancestral village in the former Yugoslavia. She said she was only trying to help her client understand his constitutional rights and never would have done anything to jeopardize the investigation.

“My heart goes out to that family, but my case had nothing to do with that officer’s awful murder,” Vuckovic said.

Vuckovic was volunteering for First Defense Legal Aid, a free legal service for indigent suspects, when she twice went to the Calumet Area headquarters in November 2010 to meet with Timothy Herring after a relative of his had contacted the legal hotline after his arrest. Herring was undergoing questioning by detectives in the slayings of Flisk and Steven Peters, once a Chicago Housing Authority police officer. Herring has pleaded not guilty and is awaiting trial in the double slaying.

Vuckovic acknowledged on the witness stand that she had handed the phone to Herring on both visits and allowed him to make calls, but she said she had never been told that cellphones were prohibited. She said she was vaguely aware of a state law prohibiting bringing contraband into a penal institution but thought it barred “knives, guns, drugs.” She also said that unlike a police lockup where suspects are behind bars, she didn’t consider an interrogation room to be a penal institution.

Prosecutors alleged that 26 calls were made from or received by Vuckovic’s cellphone during two meetings with Herring, including incoming calls from a number that was blocked.

Vuckovic testified that most of the calls in the interrogation room were either dropped or didn’t go through. The only conversations she could remember were with Herring’s half brother, Leonard, and those did not delve into any details of the investigation, she said.

The charges against Vuckovic sparked a controversy among criminal-defense lawyers who said they routinely bring their cellphones into police interview rooms and sometimes let clients make calls. The consensus of many defense lawyers was that Vuckovic would not have faced criminal charges if it wasn’t for the highly charged atmosphere surrounding an investigation into a police officer’s slaying.

Judge Evelyn Clay’s courtroom was standing room only for closing arguments Thursday afternoon as attorneys from both sides acknowledged the unusual nature of the case.

Assistant State’s Attorney Michael Golden told jurors that “anyone with common sense” should have known not to let a slaying suspect in custody use a personal cellphone.

“You shouldn’t expect that attorneys across the country would be charged with such abysmal behavior,” Golden said.

Vuckovic’s attorney, Leonard Goodman, countered that common sense should tell jurors that Vuckovic wasn’t trying to obstruct the police investigation or “help some suspect cook up an alibi or destroy evidence.”

Goodman said that if any of the jurors ever had a son or daughter picked up by the police and put into an interrogation room, they would be “glad that there are people like Miss Vuckovic.”

“There are not many lawyers willing to spend their weekends at a police station on 111th Street, representing poor teenage boys for no pay,” he said.