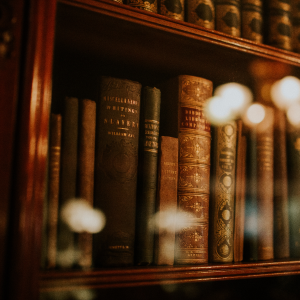 A sad drama played out Christmas week in Chicago when a federal judge rejected former Illinois Governor George Ryan’s bid to overturn his conviction on corruption charges. The media reports have focused exclusively on the personal tragedy for the Ryan family–the governor’s wife of 54 years and former high school sweetheart, Lura Lynn, has advanced terminal cancer. The Ryan family lashed out at the judge for lack of compassion (and later appealed to prison officials to allow Ryan a daytime release to visit her). But ignored was the larger story of Ryan’s case, which has exposed the absurdity of the laws governing political corruption.

Ryan, a Republican, was convicted in 2006, three years after leaving office, of “honest services fraud.” At his trial, the jury was instructed that it should convict Ryan if he deprived his constituents of the “intangible right of his honest services,” a standard so vague as to allow the government to point to just about any malfeasance in office as evidence of fraud.

The governor’s challenge to his conviction was based on a recent Supreme Court case, Skilling v. United States, in which the Court agreed that the honest services fraud statute is incomprehensible to jurors. But instead of striking down the statute, the Supreme Court said that the government could continue to prosecute individuals for honest services fraud as long as there was evidence that the accused received a “bribe or a kickback.”

Ryan’s lawyers argued that because the governor received no bribe or kickback, his conviction must be overturned. Judge Rebecca Pallmeyer disagreed. While the governor did not receive any bribe or kickback in the ordinary sense of those words, Pallmeyer reviewed several decades of federal law and found that the words “bribe” and “kickback” have been given an expansive definition by the federal courts. Under federal law, a politician receives a bribe or a kickback if he receives “a stream of benefits in implicit exchange for one or more official acts” from a political supporter.

Applying this standard, Pallmeyer reviewed the evidence offered against Ryan during his five-month trial, most of which involved Ryan helping two of his key political backers obtain lucrative state contracts and leases. Based on this evidence, she concluded that the former governor had indeed received a “stream of benefits” from those backers in “implicit exchange” for official acts. Thus, Ryan’s fraud conviction remains viable after Skilling and he must serve out the remaining three years of his six-and-a-half year sentence despite the compelling argument that his ailing wife needs him during her final days.

Ironically, the same Supreme Court that in Skilling green-lighted what now amounts to political prosecutions for honest services fraud, also ruled, in Citizens United v. FEC, that corporations have the right to spend unlimited amounts of money in elections, effectively allowing them to buy their outcome. The consequence of this incoherent state of federal law is that corporate money will continue to flow into the political system without restriction, while the executive branch (through its United States attorneys) will have the exclusive power to decide when this influx of money is criminal and when it is simply the business of politics.

Corporate lobbyists will continue to write the laws regulating their industries. Wall Street firms will continue to receive billions in taxpayer-funded bailouts. But unless a U.S. Attorney’s Office decides to launch an investigation, we the people must accept that there has been no “implicit exchange” of industry money for any official act.

The Ryan family is correct–there is something rotten in the federal justice system. But its anger at the judge who refused to overturn the governor’s conviction is misplaced; deeper reforms are badly needed.

In the meantime, President Barack Obama has the power to exercise compassion and commute the sentences of nonviolent federal prisoners who, like Ryan, were singled out for prosecution by an arbitrary justice system and are needed at home to care for their families.

The original article can be found here