Op-Ed in The Chicago Reader – Profits over people 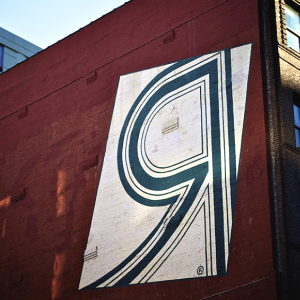 The novel coronavirus is quickly exposing the deadly dysfunction of our national government, which we can all now see represents capital rather than people. The problem is not capitalism per se. As Joe Biden reminds us, the billionaires who fund the campaigns of our leaders “aren’t bad guys.” The problem is that we have allowed these plutocrats to purchase politicians and thereby direct public policy. And the interests and needs of the plutocrats are diametrically opposed to the interests of ordinary working people.

This wasn’t always the case. A half century ago, it could be said that “what’s good for General Motors is good for America.” Back then, industry titans relied on American workers to produce their products and American consumers to buy them. They cared about the health of the nation, and were thus willing to fund things like public schools and infrastructure. They paid decent wages so that their workers could afford to buy their products.

Today’s plutocrats outsource manufacturing jobs to low-wage countries. They send their kids to private schools, live in gated communities, fly on private jets, and drink bottled water. They still care about profits and return on investment capital, but today, there is little connection between the health of the nation and the health of Wall Street. Indeed, last week, while a record 3.3 million Americans lost their jobs and filed for unemployment benefits, the stock market posted some of its largest gains since 1933, as Wall Street anticipated the $4 trillion slush fund that our government will set up to bail out corporate America, even as it continues laying off its workers.

Americans will surely recall that during the past year of a heated contest to determine the Democratic Party’s presidential candidate, we were repeatedly told by the corporate-backed candidates and by the corporate press that our government has no money to pay for Medicare for All, a program favored by a majority of voters. Yet, in the blink of an eye, Congress and the Federal Reserve have startlingly come up with $4 trillion to bail out such essential industries as cruise ships and casinos.

Americans are also quickly learning that our present national health policy, focusing on delivering profits to plutocrats rather than health care to sick people, is particularly ill-equipped to deal with a crisis such as the coronavirus pandemic. Hospitals concerned with their bottom lines didn’t stockpile masks and ventilators to prepare for a national health crisis. This means that the nurses, doctors, paramedics, janitors, and others on the front line are forced to care for patients carrying a highly contagious disease without basic protections or tools for treatment.

People are genuinely confused about why their government has been so slow to invoke the Defense Production Act to compel American businesses to produce urgently needed products. But our national leaders are accustomed to taking direction from their corporate masters. The corporate lobbyists usually write the legislation, and the think tanks provide the talking points. Our political leaders have forgotten how to lead. When you don’t use a muscle, it atrophies.

Meanwhile, we are waking up to the fact that our pharmaceutical industry has largely abandoned production of lifesaving vaccines and antibiotics in favor of more profitable drugs that must be consumed every day. To further maximize profits, big pharma has outsourced production of its drugs to India and China. And there is now serious concern that supplies of critical medications may soon be disrupted.

The key to stopping the spread of the virus is widespread testing. But while German virologists produced a diagnostic test in January that the World Health Organization shipped in February to nearly 60 countries, the United States was not among them. No official explanation has been provided for this inaction. But it is a near certainty that our leaders planned to give a lucrative contract to manufacture test kits to a big donor. As a consequence, most Americans have no access to diagnostic tests and must remain in their homes under conditions of fear and uncertainty.

President Trump’s promise that testing for COVID-19 would be free and treatment affordable rings hollow without a public health infrastructure to administer tests or treatment. Before this crisis hit, millions of Americans were either uninsured or underinsured and unable to pay their deductibles and copays. Those numbers will surely skyrocket with millions of Americans losing their jobs every week.

This crisis will cause Americans to question why so much of our country’s resources go to support war—more than 60 percent of U.S. discretionary spending by some estimates—rather than solutions to real-world problems like providing health care to the sick, shelter to the homeless, or preventing a climate catastrophe. While China and the tiny, U.S.-embargoed nation of Cuba are sending medical brigades to hard-hit regions of Europe, the richest nation on earth has nothing to offer the world but drones, bombs, and more punitive sanctions.

American people desire peace and security. But the war industry demands that our leaders provide zones of conflict and war sufficient to justify the rivers of cash flowing into their pockets. While Americans are waiting for testing kits, N95 masks, and ventilators, members of Congress are urging the Pentagon to buy more F-35 fighter jets from their friends at Lockheed Martin, despite the fact that the extravagantly priced planes are so poorly designed that they regularly catch fire and spew toxic fumes. Another priority in Washington is how to move forward with provocative NATO war games near Russia’s borders despite the coronavirus epidemic that has caused other countries to pull out and close roads to troop movements. Meanwhile lobbyists for the aerospace industry are busy looking for ways to fund Trump’s new Space Force.

This crisis demands a change in direction. Continuing to allow plutocrats to direct public policy is equivalent to national suicide. We may never stop money from influencing our politics, but there are simple ways to mitigate the harm. We should demand ethics and conflict-of-interest laws, and enforcement of those laws, to prohibit lawmakers from taking checks from the industries they oversee. We should also demand public financing of campaigns.

Of course, our current Congress will continue to resist reforms. The current system of legalized bribery suits it just fine. But there is one simple way for ordinary Americans to apply pressure, even during times of social distancing and home detention. Stop sending your money to politicians who accept corporate funds. If you are unsure about a candidate, go to opensecrets.org, type in the candidate’s name, and click on “campaign finance summary.” Or if you don’t have access to the Internet, call a friend who does.

It makes no sense to send your hard-earned money to a politician who is in the pocket of corporations directing them to act for corporate benefit and not yours. Further, your money allows corporate-owned politicians to pretend that they represent ordinary people by highlighting their contributions from small donors. Exposing our leaders as the corporate shills that they are is an important first step toward reform. For the next step, we should demand that politicians appearing on TV wear the logos of their corporate sponsors, like the NASCAR drivers do.

Read the op-ed in The Chicago Reader.