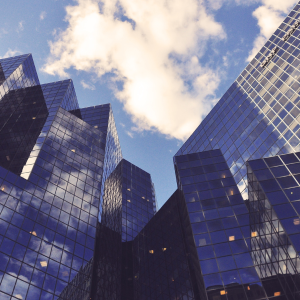 One year after the passage of the Obama administration’s signature healthcare reform bill, the future of the legislation is in serious doubt. Opponents have organized vigorous assaults on several fronts. The law’s most progressive features are in danger of being undermined by industry lobbyists, and two federal courts have found the law unconstitutional.

Supporters of the Affordable Care Act (ACA), which Vice President Joe Biden declared to be “a big fucking deal,” have been significantly less enthusiastic in their defense. At a press conference celebrating the ACA’s one-year anniversary on March 23, House Democrats resorted to staged displays of support from a graduate student now on her parents’ insurance plan and from a mother whose child has a pre-existing medical condition.

This enthusiasm gap between supporters and opponents of the ACA is understandable. Advocates of true reform, such as a Medicare-for-all bill or the less radical public option, were shut out of the legislative process and are now being told to embrace a bad bill written by industry lobbyists that strengthens and institutionalizes the for-profit health insurance industry and offers only crumbs for the rest of us.

One problem for ACA is that the attacks on its constitutionality are neither trivial nor purely partisan. The disputed issue is the individual mandate, which requires Americans to buy health insurance from private companies, and was favored by the insurance lobby. Unlike state lawmakers who have general powers to legislate in any area, federal lawmakers are restricted by the Tenth Amendment to only the specific powers set out in Article I of the Constitution. Congress claims power under the commerce clause to require Americans to buy an expensive product from a for-profit company, essentially for life, but such a claim has no legal precedent. (The two cases challenging ACA’s constitutionality are currently on appeal in federal appellate courts; it is anticipated that the questions raised will ultimately be decided by the U.S. Supreme Court, probably in 2012. The individual mandate is scheduled to take effect in 2014.)

A second problem is that ACA’s much-touted industry reforms are entirely dependent on federal regulators for enforcement. As has become increasingly apparent to most Americans, the federal government (under the leadership of both Democrats and Republicans) is incapable of regulating profitable industries such as banks, energy companies, defense contractors or insurance companies.

The 3,000 registered healthcare lobbyists who helped write the ACA have not gone home. They are still in the Capitol making sure that industry profits are protected. To take one example, the ACA requirement that insurers spend 80 percent of their premium dollars on medical expenses–by comparison, Medicare spends about 97 percent of its dollars on medical expenses–is already being undermined by lobbyists who are busy redefining the phrase “medical expenses” to avoid any significant reduction in profit-taking.

The biggest problem with ACA is that it does nothing to fix the problem of rising healthcare costs. To the contrary, it gives even more power to the private, for-profit insurance industry whose executives earn eight-figure salaries for performing a claims-processing function that government bureaucrats could do for a fraction of the cost. And just like with the bank bailouts, too many Democrats have bought into the fiction that if we give even more wealth and power to corporations, those corporations will somehow be persuaded to stop gouging the middle class and working poor. This formula does not work. The rich are get richer while the middle class lose their homes and jobs.

Progressives are told to be practical–Obama’s capitulation to lobbyists will help him raise the $1 billion he will need to defeat an even worse candidate from the right. We must reject this politics of fear that leads us to keep supporting politicians who will sell us out. Corporate Democrats have already taken off the table any solutions that ask the rich to pay more taxes or reduce the trillions we spend on weapons, war or our empire of military bases. Without radical change, the only available response to this crisis will be to gut the few government programs that actually help working people.

A recent article in the satirical newspaper The Onion began: “Citing a desire to gain influence in Washington, the American people confirmed Friday that they have hired high-powered D.C. lobbyist Jack Weldon of the firm Patton Boggs to help advance their agenda in Congress.” The sad truth is that working people cannot compete with corporations when it comes to buying politicians. We must have the courage to turn our backs on corporate Democrats and only support candidates who believe in radical change as policy, and not just rhetoric.

The original article can be found here.