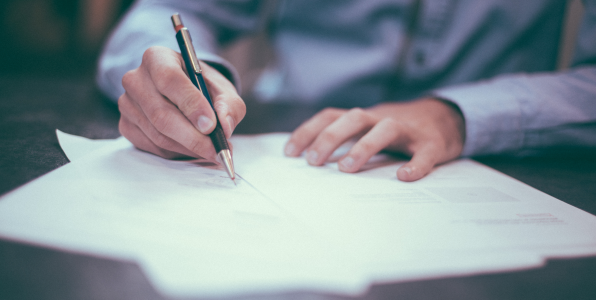 CHARLESTON — After hearing different stories about whether Christopher P. Oliver took part in the attack that killed Dustin Higgins, including one from Oliver himself, a jury decided he wasn’t guilty of murder.

But whether Oliver did enough as an employee of the group home where Higgins lived to keep him from being attacked and injured was a decision the jury couldn’t make.

After about 4½ hours of deliberation that ended late Friday, the jury acquitted Oliver of a first-degree murder charge. It deadlocked on a charge of criminal neglect of a disabled person, and whether Oliver will be retried on that charge could be known by next month.

Oliver, 29, was accused of a role in the death of Higgins, which came eight days after he was beaten on Aug. 24, 2008, at the Graywood Enterprises group home that was located at 1511 B. St., Charleston.

Some of the testimony the jury heard during the four-day trial came from Daniel Clark, who also worked at the home, and Robert Gardner and Edward Flexter, two of the home’s residents.

All were accused and convicted of roles in the attack and said they witnessed Oliver take part. However, each version differed in how the attack began and exactly what Oliver did.

Clark said the attack escalated from “horse play” involving Oliver and Higgins; Gardner said the beating was punishment for Higgins stealing food; and Flexter said it was because Higgins stole another resident’s money.

Oliver gave his account during his own testimony on Friday, saying he did see Higgins beaten, first by Gardner, but he didn’t think Higgins was seriously injured. He said he left the home but came back after Clark called and asked him to return, and he found Higgins in a far worse condition.

He and the others also all said a third Graywood employee, James Wynn, took part in the attack and, in earlier statements, Gardner and Flexter said he instigated it. Wynn wasn’t charged with a role in Higgins’ death but did admit lying to investigating police when he said he was away from the home with some of its residents at the time of the attack.

Also during his testimony Friday, Oliver said he followed Graywood procedure by calling a supervisor instead of immediately calling 911 for an ambulance.

“I don’t think there can be any dispute that there were two attacks on Dustin Higgins that night,” defense attorney Len Goodman said during his closing arguments to the jury. “There was another attack after Chris left.”

Prosecution team member Ed Parkinson said there was nothing to show Oliver’s claims of a second attack “except his own words.” Gardner’s and Flexter’s accounts did differ but, when they testified, both maintained that Oliver took part in the attack, he said.

“Do they have trouble remembering? Sure,” Parkinson said. “Just because they’re mentally challenged, you should not discount them and say they’re liars.”

Oliver also told the jury that, when he returned, he tried to revive Higgins, who was unresponsive.

He said he first notified the supervisor instead of calling an ambulance because he’d gotten in trouble for taking an injured resident to the hospital without authorization before. Parkinson attacked him on that point during his cross examination.

“You didn’t take him to the hospital because you thought you might get in trouble for not following those stupid rules?” Parkinson asked.

“I’m following my orders,” Oliver replied. He added that he regretted the decision and said he “never would have left if Dustin Higgins was not OK” after the earlier fight he said he witnessed.

After the jury’s decisions, Circuit Judge James Glenn scheduled a hearing for March 15 to check the status of the remaining neglect charge. State’s Attorney Brian Bower, who didn’t take part in the trial but was in the courtroom when it concluded, said his office will decide before the hearing whether to retry Oliver on the neglect charge.

Had Oliver been convicted of the murder charge, a prison sentence of at least 20 years would have been required. The prosecution also alleged that the attack on Higgins came to “exceptionally brutal or heinous behavior,” which would have meant that Oliver could have received more than the normal 60-year maximum.

Allegations in the neglect offense that Higgins’ death resulted meant that offense could bring a three- to 14-year prison term, though prison time wouldn’t be required.

Higgins’ death was followed by that of another Graywood client at different one of the company’s Charleston facilities in January 2011. Two employees were convicted of crimes in connection with that death, and it led to Graywood closing its facilities for the developmentally disabled.

For a link to the article, please click here.