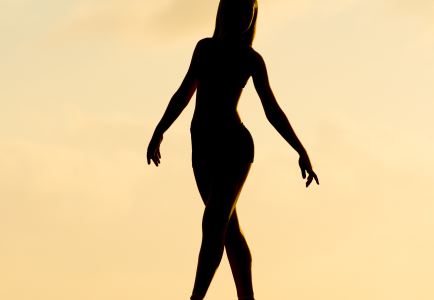 Our client, Chris Oliver, was a college student at Eastern Illinois University in Charleston, IL, working part-time as a staff person at a group home for young men with severe mental illness, earning $8 an hour. Some of the residents of this home had long histories of violent and antisocial behavior. Chris had worked at the home for 2 years and the trial testimony established that he actually cared about the residents and was patient and professional in dealing with their behaviors.

On August 24, 2008, a resident of the home was severely beaten after Chris had clocked out for the day. The other staff members, who allowed the beating to take place, called Chris on his cell phone and asked him to come back and deal with the gravely wounded young resident. The Charleston, IL police department showed up 2 hours after the 911 call. The lead detective looked at Chris, who is 6-5 and black, and decided he was guilty. The detective then pressured these mentally ill young men to say they saw Chris beating and stomping the victim. Recorded interrogations show that every time the residents strayed from the story that Chris did it, they were firmly brought back around. It came out at trial that following the initial police interviews with the residents, the former lead detective told the executive director for the Graywood foundation, the company that ran the group home, that “we will not be able to put the boys on the stand because I was able to manipulate their statements 3 different ways last night.”

A critical piece of evidence was the surveillance footage from the corner store which showed that a staff member gave a false alibi and also would have confirmed Chris’s account of the time he got back to the house. The assistant state’s attorney elicited false testimony from the detective that the store did not have the equipment to preserve that surveillance tape and thus it is unavailable. We later called the store manager who testified that absolutely, they could have preserved the surveillance tape if the request had come within 35 days. Just pop in a disk, put in the dates, hit record.

The Coles County States Attorney pushed the case against Chris to the limit, charging him with a “brutal and heinous” murder, which would have given him a life sentence, and with a separate charge of criminal neglect of a disabled person.

At the trial which began January 29, the State relied on the testimony of 2 of the mentally ill residents of the group home and one of the on-shift staff members. All 3 of these witnesses were given plea deals which required them to testify against Chris. Prior to trial, both of the mentally ill residents gave statements on videotape admitting that Chris was not involved. But the detective immediately re-interviewed them, reminded them of their obligation to help the prosecution and of their earlier statement that they saw Chris beating the victim, and got them to flip back. One of these men shook the prosecutor’s hand as he got off the stand. The other young man named, who was off his meds, admitted he would lie for anyone.

Chris was acquitted on the murder charge. The jury hung on the second charge which was criminal neglect of a disabled person. But we are praying that the state’s attorney’s office will do the right thing and dismiss that charge. The basis for this neglect charge is that Chris followed company policy which was to call his supervisor and the nurse before calling “911.” The evidence showed that while Chris was trying his best to care for the injured victim, another staff person named, who was on shift (unlike Chris), was playing basketball. The evidence also revealed that this staff member originally gave the police a false alibi. Yet, this staff member was never charged in connection with the beating death of the resident in his charge. He was charged with misdemeanor obstruction of justice for lying to the police. He received a sentence of supervision.